We photographed her on and off for two days. She would come out of her den and wander around the den a little bit, then she'd go back in. Hours later she would come out again and play with a snowball or wander around the perimeter of the den again. On the second day we couldn't photograph her much because it was too warm. When the warm air hits the cold ground it creates a heat shimmer, making the images soft. On those days I video instead as heat shimmers don't interfere with video as much as still images. 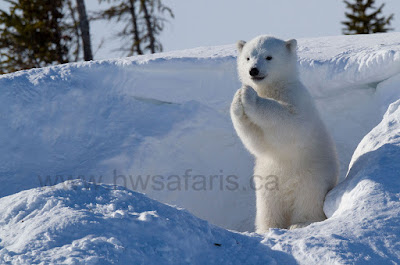